Last Wednesday morning I tuned my television to Fox 2 while I was getting ready for work, as per my usual a.m. routine. The newscast progressed in a typical fashion, with frequent traffic and weather updates sandwiched between the news stories, until investigative reporter and notorious “Hall of Shame” architect Rob Wolchek’s latest story appeared on screen. As a a southern rock tune played in the background, Wolchek and his crew showed footage of workers from Chrysler’s Jefferson North plant enjoying a liquid lunch and smoking what appears to be weed during their lunch break at a local park. Wolchek staked out the lunchtime fun time occurrences everyday over a 10-day span, which in a twisted moment of irony took place not long after President Obama gave a speech at Jefferson North.

Admittedly, I reacted initially with laughter when the workers quickly scurried into their cars like cockroaches as Wolchek approached them and flawlessly said to them, “Hey guys, hate to be a buzz kill, but shouldn’t you guys be building cars?” The voyeuristic camerawork —whether intentional or not—made the workers look like buffoons as they unsuspectingly sipped and smoked their lunch away.

This has been arguably the most-talked about Detroit news story since Kwame Kilpatrick became embroiled in his own legal troubles. Reaction to Wolchek’s story seems to be greatly mixed and the passion on both sides of the debate is definitely palpable. Some have labeled it a hatchet job that used the autoworkers as easy prey when there are others who booze it up during the workday. The way I see it, any attempt at defending the indefensible actions of the autoworkers is futile. 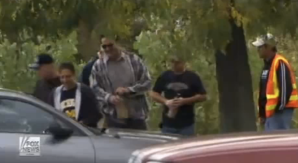 Wolchek wasn’t cherry picking his way to a story that would intentionally inflict malicious damage to the UAW or Chrysler, he got a tip that this had been happening with some regularity. The UAW has taken some heat as well not for not taking swifter and more severe action against the workers. Understand, however, that there is a due process involved in instances such as this where the union and management must forge some sort of compromise. I applaud the members who have spoken out for change (which includes the tipster), but at the same time I respect the brotherhood that those within the union have for one another.

The way I see it, all parties involved bear some of the blame, but ultimately this comes down to a management failure, since, by all accounts this had been happening at Jefferson North for quite a while. The fact that Chrysler, or any employer, would gamble with the potential liabilies that these employees carry operating heavy machinery while drunk and high is, again, indefensible. 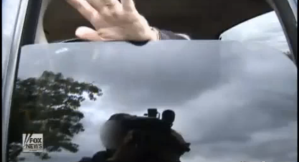 Note: 13 of the 15 people identified in the video were fired by Chrysler on Sept. 27. Two employees have been laid-off without pay for a period of one month.

“It’s workers like you that built this country into the greatest economic power the world has ever known,” President Obama told the Jefferson North employees in July. “I don’t think they’d be willing to look you in the eye and say that you were a bad investment.”

We may not want to admit it, but we Detroiters are a sensitive bunch. We look at Wolchek’s report and think “what a traitor,” yet in the same breath we snarl at those who question our work ethic. We tout ourselves as hard-working citizens, yet despair and unemployment remain much higher than the national averages. Who knows, maybe Wolchek’s report will be a much-needed kick in the ass for our region; a chance for us to take a look in the mirror and see ourselves as outsiders do.