Too often, the progressive efforts of good people to help shore up Detroit’s bleakness have been wrenched by news reports reminding us of the extreme adversity found along the road to revitalization. Last week, Jeff shared one of these very stories with me, one that was so upsetting and disgusting that I had to jump up on the soap box and wax on it a little.

Let’s take a trip in the way-back machine to the year 2007—a time when the Pistons were en route to their fifth consecutive Eastern Conference Finals appearance, the stock market was still on its way up and timeless movies such as RV, Little Man and Basic Instinct 2 were in theaters. This was the same year in which, after being fenced-off for two years, construction began on the Rosa Parks Transit Center. 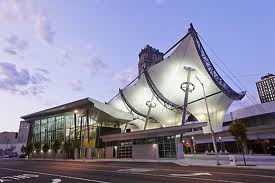 When the $22.5 million (funded by state and federal grants) building finally debuted in the summer of 2009, Mayor Dave Bing heralded it as “an essential element for sustaining downtown business in this changing economy.”

Moreover, DDOT interim director Lovevett Williams echoed Bing’s sentiments, noting that the depot would usher in a new era for Detroit commuters. “This new indoor, customer-focused transit facility will change how we serve our customers…we are adding value to the service we provide,” said Williams.

For the most part, these were standard quotes from civic leaders from an event such as this, but make no mistake about it—when the ribbon was cut, the transit hub was a gem and an asset for the city.

However, not even 18 months later, city leaders are using words such as “filthy,” “abomination,” and “bio-hazard” to describe conditions at the building. Detroit Councilman Gary Brown has even suggested that the name of the building be changed to spare the late civil rights icon Parks’ legacy from sharing the disgrace.

The building’s public restrooms (one of the only places downtown where homeless can relieve themselves) are often closed due to clogged and overflowing toilets. Due to budget cuts, the security detail has been sliced in half, which has also made the building a haven for junkies.

Patrons were also promised a cashier station and a coffee shop, along with other amenities—none of which ever materialized, naturally.

Looking at it from a humanistic standpoint, people of all walks of life should be shocked and angered that this barbaric and downright repulsive behavior has been permitted by the city. How can we have honest discussions about a downtown revival when people are literally dropping their drawers and gettin’ their Woodrow on one block away?

If the true impetus behind the construction was to help salve the city’s dearth of public transportation, then this whole project was horribly misguided. Rather than eliminating the problems that for years have plagued the fertile Capitol Park area (previously the downtown’s chief transportation hub), they’ve been shifted a few blocks east to the new facility. 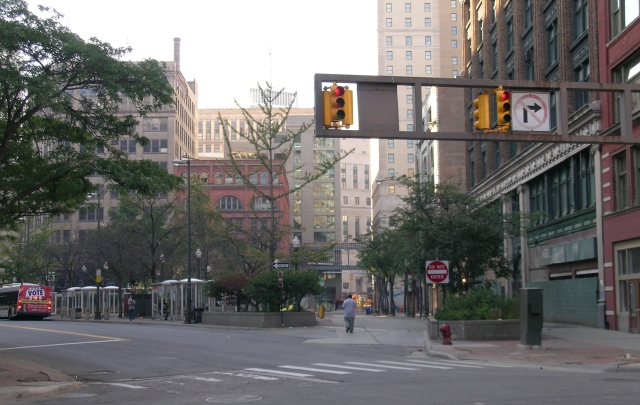 While the building is aesthetically pleasing from afar, one can’t help but question the need for it right now. While every other city seems to have successfully implemented a public transportation system, Detroit is still trying to shake a 50-year-old aversion to it. Now that it appears that everybody is getting on board the implementation of a light rail system, I would have rather seen the $22.5 million put toward finding ways to make that more efficient, i.e. extending it to Eight Mile and beyond.

If we wonder why we get no respect in Detroit, it’s because of issues like this that seem to continually arise. Our image is shaped by reality, so until actual changes are put into motion from regional and state-wide leaders, the perception of Detroit will continue to erode. Was this bus station a necessary endeavor for the city to undertake? Seeing as though they’ve been hard-pressed to uphold necessary bare-bones security and restroom requirements, the answer is no.

1 Response to Disturbing news from the Rosa Parks Transit Center