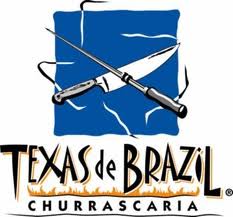 Texas de Brazil is slated to open this spring in the former Borders Books location inside of the Compuware building, which, simply put, is great news for all metro Detroit carnivores.

For those who are unfamiliar with the famed Brazilian churrascaria-style steak house chain, it is truly a rarified dining experience beginning with a trip around the lavish 50-60 item appetizer bar, comprised of salads, soups, toasted bread and cheese, vegetables and a myriad of hors d’oeuvres, In fact, the satiability level of the warm-up bar is so high that it itself is a standalone option on their lunch menu.

The feature presentation at Texas de Brazil is not just the meats, but also how it is offered to you. A red and green two-sided disk greets you at your table as you prepare to embark on an all-you-can-eat protein-fueled adventure, in which gauchos hustle about with giant skewers of seasoned beef, lamb, pork, chicken and Brazilian sausage. When you are ready to pile on more cuts of meat, you turn the green side up on the disk. Be warned though, if you don’t flip it back to red the gauchos will continue to pile more food onto your plate.  The restaurant also boasts an impressive two-story wine cellar and Cirque du Soleil-esque wine “angels,” girls who fetch bottles while twirling in the air.

While both the food and the dining experience are equally top-notch, it is rather cost-prohibitive. Full meals (salad bar and meats) will cost around  $45 a person; the vegetarian salad bar-only meals ring in at about $30.

After undergoing my first Texas de Brazil experience recently in Chicago, I’d recommend giving it a shot, under one condition: go on an empty stomach, otherwise its simply not worth the money. With $90 dinners between two people (before drinks and taxes), the owners are no doubt taking a gamble during a time when so many still feel the effects of the recession.

However, there’s a reason why the owners chose to open up a new location in Detroit. Personally, I think that a restaurant of this ilk goes a long way in validating the claims of a legitimate downtown revival. Other than the Hard Rock Café, Detroit lacks the cache of well-known restaurants that other urban centers have, which is not to knock local joints at all. Power moves such as this will go a long way toward steering credibility into downtown from the outside.

If the restaurant succeeds, who’s to say that more people won’t start taking chances on Detroit?