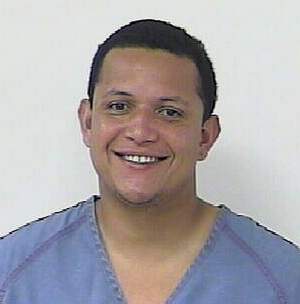 Detroit Tigers slugger Miguel Cabrera was arrested on drunken driving charges last night in Florida. According to a report by the St. Lucie County Sheriff’s Office, a deputy approached the 27-year-old after his vehicle was spotted alongside a road.

During the exchange, Cabrera allegedly smelled of alcohol, had slurred speech and took a swig from a bottle of scotch in front of the deputy.

This is a tragic turn of events that could prove to be paralyzing for the Tigers and Cabrera, who infamously got into a fight with his wife after a night of drinking in 2009, right before his team lost the American League Central Division title to the Minnesota Twins.

In the wake of that incident, Cabrera spent three months in an outpatient treatment program for alcoholism. At the time, Tigers general manager Dave Dombrowski said the program would continue into spring training and the 2010 season.

Dombrowski, who picked up Cabrera from the police station after the 2009 altercation, will likely face a fair share of questioning—and deservedly so. As the general manager, he needs to do everything in his power to ensure that the team’s 153.3 Million Dollar Man is able to get the help that he needs.

Unfortunately, evidence of serious character flaws from his past have started to surface. Dan Le Batard of ESPN and the Miami Herald tweeted this morning that he showed up drunk to an ESPN The Magazine photo shoot at age 20.

Cabrera also was allegedly involved in an August 2010 altercation in which he taunted an overweight teen and had to be escorted out of the Townsend Hotel after subsequently challenging the teen’s table to a fight, implying he had a gun.