The Spine will now feature a weekly Wine post from a  source known strictly as “GM.” We welcome this source’s great appreciation for wine and their strong knowledge on the subject. 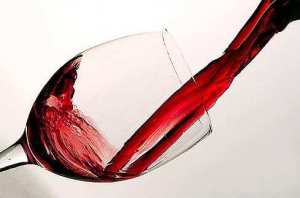 Whether it be in the shop, a wine bar, a restaurant, or just at home with a couple of friends, the subject of how to properly go about the tasting process with wine is one of the most intriguing topics of conversation for those who aren’t familiar with wine and its subtle and often quirky nuances: Why do you swirl the wine, why do you make that odd sucking noise with your lips, what are ‘legs’, how do I make better sense of what I think that I’m smelling, what is a tannin and where in the mouth is their presence most notably perceived, why is the word barnyard underlined in your notes?

The process of assessing wine is tough and sometimes downright frustrating at first. But along with many other things in life the more you do it the more familiar you become with the process and then the easier it gets.

I began my first sectionals of ISG when I was still attending culinary school earlier last year. Up until our first meeting I had absolutely no wine knowledge and my only experience with wine was that which I had gained as an adolescent– sipping the traditional holiday aperitif before dinner with my Italian Grandfather: a pour of watered down white Zinfandel served in a bright yellow Dixie cup with a side of bread and butter. Hardly something acceptable for citing on a resume.

The first session of lectures started with a single red wine which was poured from a bottle wrapped in tin foil, a practice I would later learn to be used when ‘blinding’. Obviously, because that’s how these things always seem to work when you are the only one in the room not wanting to be called on first, I got called on first. The instructor asked what I smelled in the wine. So, I took a deep breath and dug my nose deep into the glass, frantically hoping to come out with something acceptable. Five seconds passed, then ten, then fifteen. There I was, center stage in a room full of on lookers-which in my mind at that moment were all court certified wine professionals, secretly judging my ignorance- then, finally, I gave my brilliant assessment: “I don’t know, um.. wine? It smells like… wine, yup, white wine.”

Luckily for my sake the entire class thought I was kidding. Still a bit flustered I set the glass on the table and nose back in the glass in search of something, anything to regain what little amount of pride I had left.

“How about Cherries?” the instructor asked “Raspberries? Cranberries? Any sort of red fruit?”

For a few minutes he sat there swirling and rattling off various fruits and herbs that we could possibly be smelling. It didn’t take long for others in the class to go from nodding in approval to chiming in with their own findings. It’s absolutely fascinating what a little bit of encouragement from an educated pallet will do to your perception of what’s been hiding.. right beneath your nose the entire time [I know, I know, horrible pun. I just had to get that one in though].

For many different reasons, most of which I personally disagree with completely, there’s this sort of pre-conceived notion that has been brought to the general public by ‘wine snobs’ that those who don’t understand wine are not worthy of it. To me this is completely outrageous. Unless you are birthed with wine coursing throughout your veins then you had to of started from somewhere, right? Whether they are willing to admit it or not I would guarantee that everyone in this business could tell you a horror story or two of a lesser than glorious experience when first starting out.

Obviously, it would be beneficial if we could go about the deductive process of assessing a wine with someone who is in the business or knows more so of what they’re doing than [you] do every time [we] had a glass in front of us. Unfortunately though, not all of us have access to this luxury the majority of the time. As much as I’d like to have Robert Houde sitting next to me at a blind examination, reasoning me through a flight of adventurous reds, it’s just not possible.

If you don’t have time to stop into a wine shop or tasting bar housed with an educated staff then go get a friend or group of friends, a few bottles and have at it. Bounce some ideas off of each other. If you have access to the Internet then Google the wine, varietal or blend you’re having and pull up some notes from a reputable source: snooth.com, winespectator.com, decanter.com; and search for things in the glass and on your pallet. But, make sure not to solely rely on the notes you’re reading. Although they may come from a prestigious reviewer, all of our pallets are substantially different. So don’t fret if the note says ‘red raspberries’ and you’re getting cherries. At this stage of the process as long as you’re in the same ballpark, i.e.: I say red currants and you say red cherries we’re fine. But if I’m on red currants and you’re on black licorice then we might have a slight problem. At first try and stick to larger families of categories- for reds are the fruits red, blue, or black, for whites are they citrus, tree, stone or tropical?; how about herbaceousness such as bell peppers, vine, hay and grass, florals such as rose petal, peppermint and eucalyptus, minerality such as chalk, flint, gun-smoke, and wet stone, earth such as dirt, mud, wet leaves, and barnyard, and/ or some characteristics which are imparted through a part of the winemaking process, such as malolactic fermentation [we’ll visit  various techniques/process’ in later posts] such as wood, toast, cigar ash, spice, butter, brioche, bread, nuts, and yeast?

When it comes to the point of really getting down in a glass whether it’s wanting to be able discern the aromas of red to blue to black fruits or to pin point a subtle nuance which often easily gets overlooked, the best piece of advice I can give you is to smell and taste as many products/things as you can. Fruits, candies, vegetables, herbs, spices, fresh mown grass in the park, that smudge of mud on your shoe, maybe a tiny grind on the tip of your new leather boots. Ok, I was just kidding on those last few.. [or was I..]. The only way to make sense of what you are nosing or tasting in a wine is first and foremost to be familiar with the possibilities in their rawest forms. If you think I’m kidding, I’d be more than happy to put you in touch with my girlfriend so she can talk of the looks her and I get in the candle section of Bed, Bath and Beyond.. or even worse, the supermarket.

She’ll be walking along in front of the buggy thinking aloud as to what we should cook that night while I oh so casually smooth slowly down the aisle behind her; one leg dragging behind the other, carefully scanning the shelves in search of new things which I have yet to have the pleasure of discovering.

“Can I help you, sir?” an employee would ask, cocking his or her head in amazement “Sir..?”

I would assume that ‘sir?’ is used between two and four times before anyone realizes what’s happening. This is an assumption because I obviously can’t hear him or her at this point because my face is buried neck deep in a handful of flowers, peels, produce, or spices. But, from past experiences I do know that the girlfriend tends to maintain a safe and quickly accessible distance between us when in such establishments. According to her this is usually about a ten foot radius- she’s literally peering over my shoulder as I am writing this, making sure I ..

“He’s ok, he’s ok..” my girlfriend will answer, breathing heavily as she dumps a front full of items into the cart “I’m sorry, we definitely plan on buying that..”

“Are you sure he’s ok?” they’ll ask again “He doesn’t need medical assistance or anything?”

“No, no, no..he’s alright.” she laughs, grabbing the back of my hood and leading us towards the register “He wants to be a Sa-melly-a.”

Wine is a gift from the earth- a luxury for us all, not a privilege for the ‘worthy’. Kick back and enjoy it.

The Woodward Spine was the brainchild of Michael Fossano and Jeffrey Buck, two Royal Oak, Mich. natives who met nearly 10 years ago while attending the now-defunct George A. Dondero High School. It seemed fitting for the two Wayne State University alums to craft an outlet to help continually refine their writing skills, while also serving as a trusted source of information for the metro Detroit community. The Woodward Spine aims to inform its readers about relevant news and events through creative and informative posts not only by Mike and Jeff, but other upstanding citizens as well who are driven and proficient in these core areas: news, opinion, entertainment, history, sports and development. The Woodward Spine serves the tri-county metro Detroit area, however concentrating mainly on the communities that lie along the Woodward corridor.
View all posts by The Woodward Spine →
This entry was posted in Detroit and tagged cherries, cranberries, fruit, herbs, raspberries, smell, taste, wine. Bookmark the permalink.