Alright, guys, I have a confession to make. Do you know what I love? Like, love-love,.. not just say I love and actually more so kind of like? I love me a bit of the Riesling. Bone dry to sweet, I’ll take it any way I can get it. 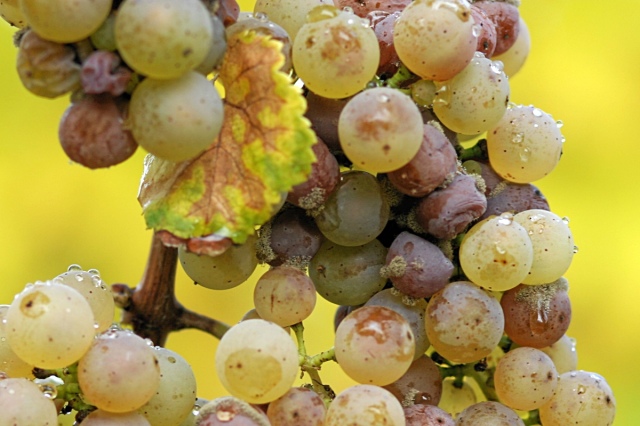 I like to think that while Riesling grapes develop, they not only mature in phenolic and physiological ripeness like other varietals, but they also start compounding this, I don’t know,.. ‘je ne sais qua’ that allows for them to become super-clusters. Have you ever seen an episode of Superman where they show him posted up on the tip of the Eiffel Tower over looking Paris, sipping on a celebratory dry Alsatian after saving the town from the wrath of an evil super genius? No, because he knew better. It would of destroyed him on the spot. I don’t know if you knew this but ‘kryptonite’ was originally spelled R-I-E-S-L-I-N-G. Actually, now that I think of it, I may just add another bottle to my selection. Maybe if I’m lucky it has some sort of weird, off- label use and if I dab a bit of it on my head before going to bed tonight it’ll re grow some of the hair I’ve lost since starting my internship. I can’t be the only one whose thought of this, can I? It seems almost too easy

In all seriousness though, the larger majority of drinkers tend to only associate Riesling with wines that hold a fair amount of residual sugar, or ‘sweetness’ to them. Which is completely normal. If you weren’t aware that Riesling is just as well known for it’s drier renditions as it is for its sweet, well, then here’s your excuse to stop by your local wine retailer and pick up a bottle or two for a bit of ‘research’. If you have had an experience with this style and still aren’t a fan, well, then that’s that– along to the next bottle. But, I just want to make sure that if you say you aren’t a fan, you’ve at least given one of the drier styles a shot before passing judgment.  If you take away anything from this entry.. always, always, always,..when in doubt, taste. If you don’t like it you never have to touch it again. On the contrary, though, with that little ‘taste’ you may of just discovered a newly found lust for a varietal or style which up until today you had no clue existed.

As a varietal, Riesling has the ability to yield such an outlandishly beautiful, complex product, and depending on the climate and growing conditions, one consisting of a varying array of different fruit, body and acidic profiles. From bone-dry to lusciously-sweet, citrus and zesty to rich and melon-y, and short and light to long and lingering. That’s a whole lot of ‘ands’, am I right? Trust me.. they’re worth it..

Germany, California and Canada -with Germany at the forefront- are all known [at least to some extent] for creating off dry to sweet styles of Riesling, including those of the late harvest and or botrytis-effected [also known as noble rot, which we’ll get into later]. While regions such as Alsace, Austria and Australia are more-so known for producing those on the drier end of the spectrum. For argument and times sake, as well as because I only picked up four wines today, we’re only going to discuss and match those regions which are held at the forefront of the pack for their distinct deviations of style– contrasting Germany’s off dry and sweet to Alsace, Austria and Australia’s drier styles.

Due to the fact that it’s the only off-dry producing region that we’re talking about here, and also because it’s, well, to be honest, damn hard to understand, let’s start with Germany. Like any other reputable wine producing country, Germany uses several rungs of categories to distinguish between their level[s] of quality wine. Today though we’re only really going to worry about those of the top ‘quality’ level because it’s based off of a scale which holds a direct correlation with what we’re here to talk about: levels of sweetness. This is known as the ‘Qualitatswein mitt Pradikat’, or simply ‘QmP’ designation. The QmP quality designation labels its wines based off the level of ripeness and how much sugar is present within the fruit, also known as ‘must’, and referred to by ‘must weight’ [must is just another word for the juice before it goes through fermentation]. When I first came across this in the second sectional of ISG I was absolutely baffled by how, and more particularly, why, the Germans would choose to do this. Because, theoretically speaking, you could have a batch of juice with a high amount of sugar in it, then ferment it bone dry, and the label would still read ‘Auslese’ [the designation for a wine consisting of either dry or a generally medium level of sweetness].

“Yes, it’s possible..” my instructor huffed out after a solid ten minutes of ‘theory’ based argument “I know exactly where you’re coming from. I understand. Basically, if you haven’t tried the wine and aren’t familiar with the region or producer, you’re just going to have to trust the label.”

“Ok, well how many separate producers are there now?” I asked, trying my hardest not to ask ‘but why, just,.. why would they do this in the first place?’ again “Am I going to have to memorize them all then for the exam?”

“Before the revamping of their lists,.. um, about thirteen thousand. So, I’m guessing no, you probably will not be asked that on the exam.”

It’s not often where this would happen- a producer deviating an extreme length from that which the must weight designates should be put on the label that is. So, I’d say if you’re looking to purchase a bottle, and none of the staff on hand is familiar with the bottle[s] you’re looking to purchase [just throwing that last one out there in case you go somewhere other than Just Grapes] then I would say trust the label, especially since now European countries are realizing that select region, commune, and vineyard based labeling, or even categorized labeling, is much to vague and off-putting for the everyday and even seasoned wine professional. If after scouring the label for related information and you still come up with nothing, check to see what the alcohol sits at. General rule of thumb: 12% is average. Anything under this- especially if it’s sitting around 11% and below, you’re probably dealing with a wine containing at least some level of residual sugar, and therefore perceptibility of sweetness.

Here’s a short description of what to expect based upon the QmP designation:

Starting at the bottom we have ‘Kabinett’, which is a wine produced from fully-ripened fruit. These wines may be dry or off-dry. Next up is ‘Spatlese’, where the fruit is of later-harvest then normal. Again, these wines can be dry or off-dry and therefore possibly displaying some amount of residual sugar. Thirdly we have ‘Auslese’, which are wines created from fruit which were of select harvest quality. These are either full-bodied dry wines, or those consisting of anywhere up to medium level of sweetness. ‘Beerenauslese’ or ‘Eiswein’ is a select berry or icewine. An icewine is created when the grapes freeze while still on the vines, leaving the sugars and other undissolved solids in tact, but freezing the water present inside the grapes, thus allowing for a more concentrated juice to be pressed from [them]. Both of these categories hold the same minimum level of sugar for categorization and both are invariably sweet. Lastly we have the big guy- ‘Trockenbeerenauslese, which is, again, a select berry harvest where the fruit has been effected [positively in this case] by botrytis, also known as ‘noble rot’. Botrytis is a fungus that attacks fruit, dissipating the amount of water present and therefore concentrating the berries acidity and sugar contents. If this happens early on in the season, it could destroy a crop. If it happens later on, when the fruit is completely matured, it is a most sought after and prized blessing. These are rare and expensive wines, and are generally very sweet.

Enough with all that noise, right? I just felt like I was writing an essay for school.. I need a drink. Oh, look what we have here… (To Be Continued)

Return to the Woodward Spine tomorrow for Part 2

The Woodward Spine was the brainchild of Michael Fossano and Jeffrey Buck, two Royal Oak, Mich. natives who met nearly 10 years ago while attending the now-defunct George A. Dondero High School. It seemed fitting for the two Wayne State University alums to craft an outlet to help continually refine their writing skills, while also serving as a trusted source of information for the metro Detroit community. The Woodward Spine aims to inform its readers about relevant news and events through creative and informative posts not only by Mike and Jeff, but other upstanding citizens as well who are driven and proficient in these core areas: news, opinion, entertainment, history, sports and development. The Woodward Spine serves the tri-county metro Detroit area, however concentrating mainly on the communities that lie along the Woodward corridor.
View all posts by The Woodward Spine →
This entry was posted in Food, Wine and tagged cranberries, fruit, grapes, QmP, riesling, wine. Bookmark the permalink.