One of our treasures that is available for weddings and other special events on Belle Isle is the Casino. The website Detroit1701.org does an excellent job of describing its history:

“This is not one of Detroit’s gambling casinos. When Belle Isle was developed into one of the nation’s most attractive urban parks, a Queen Anne-style casino building was erected in 1887. This appealing, gabled wood structure was designed by John Donaldson and Henry Meier. Similar to quite a few of the city’s nineteenth century buildings, it was razed by fire.

“Albert Kahn designed the Casino that replaced the previous one. He designed it to provide views of the Detroit River and Canada, and to be an eating-place where patrons would be cooled by breezes in the era long before air conditioning. The style likely reflects architectural ideas flowing from Kahn’s trip to Italy since it is a Renaissance Revival Building constructed from brick with a terra cotta roof. Note the two-story arcaded veranda with its graceful and soothing arches. And then there are the two impressive and high decorated square towers that Kahn designed for the Detroit side of this Casino.”

Take a look at the photograph entitled “The Casino at Belle Isle: 1907“: 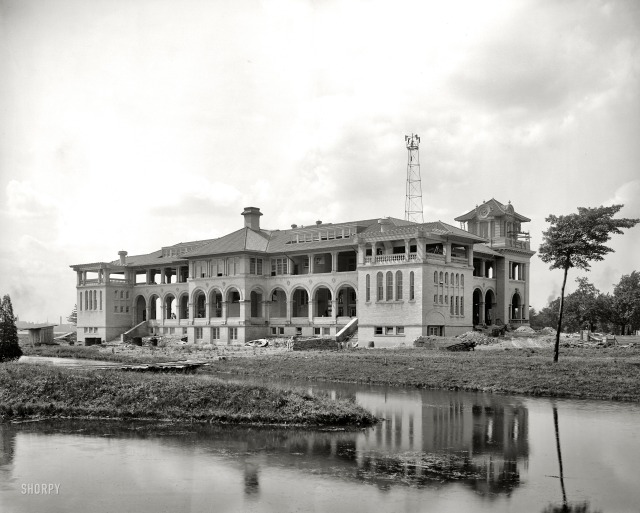 Below is a shot of the casino today: 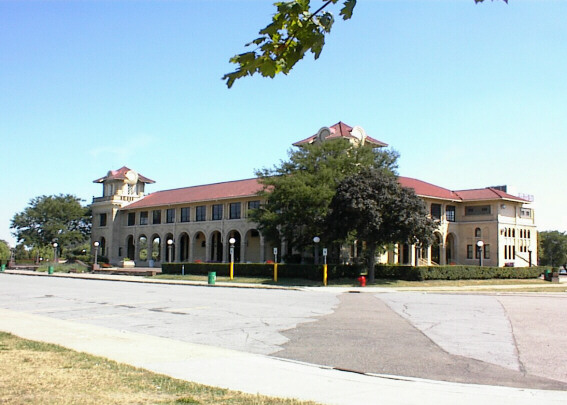 I'm currently a Project Manager at Cypress Partners, LLC in Bloomfield Hills, Mich. I graduated from Wayne State University in 2008 with a B.A. in Journalism. Looking to broaden my view of the world, I spent a semester abroad studying at the University of Salford, a Greater Manchester University in England. I enjoy doing an array of activities, including following Detroit sports teams, SCUBA diving, traveling, reading, playing tennis, hand-written letters and going to the movies. I am the co-founder of the Woodward Spine, a blog about Detroit and its surrounding communities. The Woodward Spine aims to inform its readers about relevant news and events through creative and informative posts in these core areas: news, opinion, entertainment, history, sports and development. The Woodward Spine serves the tri-county metro Detroit area, concentrating mainly on the communities that lie along the Woodward corridor.
View all posts by Jeffrey S. Buck →
This entry was posted in Detroit, Shorpy Saturday and tagged 1908, detroit, lafayette, mcgraw building, michigan savings bank, shorpy. Bookmark the permalink.

1 Response to Shorpy Saturday – The Casino at Belle Isle: 1907