“Good Morning America” Wednesday named the Sleeping Bear Dunes National Lakeshore the “Most Beautiful Place in America,” placing the northwestern point of the Mitten ahead of locales such as Cape Cod, Mass., Aspen, Colo., and Sedona, Ariz.

The popular morning news and entertainment television program had been conducting a nationwide search since June to select the most picturesque piece of land. According to the show, tens of thousands of viewers voted for the park, as was told on the show’s website. Viewers nominated their favorite areas, which were then selected by the shows staff

“It is peaceful and serene, a place for gazing out into the world, night or day, and realizing that the universe is truly a magical, majestic mystery, and humans are just a very small part of it all,” he wrote in his submission. “Here at Sleeping Bear, I sit in awe and wonder at the perfection of Mother Nature.”

The park is made up of 64 miles of beaches stretched along Lake Michigan. It contains two islands, 26 inland lakes and the famed dunes. 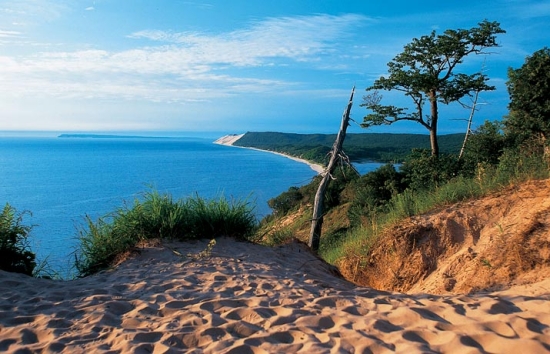