Today’s post comes from an outsider’s perspective. Mina Bloom, a Highland Park, IL native, studied Magazine Journalism at Columbia College in Chicago. She is currently a freelance Project Editor for Forbes Travel Guide and a frequent contributor to the Logan Square Literary Review. While at Columbia, Bloom wrote for The A.V. Club as well as Time Out Chicago Magazine and held the position of Arts & Culture Editor at the Columbia Chronicle. She loves to read fiction and can’t get enough of anything “Hello Kitty.”

Having visited Detroit once before, I knew what to expect. Leaving your friend’s house at 4:30 a.m. on a weekend is considered lame here, even if your drunken tiredness almost causes you to fall off the balcony. That’s because everyone I’ve hung out with stays out until 6 a.m. It’s like Detroiters are wired differently or something. Of course, the balcony incident didn’t happen to me specifically, but allow me to use it as an example in the hopes that it speaks to Detroit’s unique brand of partying.

Anyway, unlike Chicago, where the fate of your evening lies in the hands of the time-consuming, frequently late CTA, you can really party hop in Detroit since everyone drives. And party hop we did. On August 20th,  we went to beautiful New Center Park for a free Rocket 55, Simply Saucers and Sros Lords show, next to Atlas for a Beekeepers and David B. Greenberg & Adam Finchler show, then danced to Britney Spears at Haute 2 Death held at Temple Bar and finally ended up at El Comal for more DJing and mediocre Mexican food. Here’s an approximated timeline, which will include general observations and noteworthy occurrences.

9:00 p.m.: We arrive at New Center Park, and we’re all immediately surprised by how nice the venue is. Comments like “Wow, I really like this place,” and “This bar is great” are repeated several times. To me, that sort of overwhelming reaction is indicative of how few venues like this there must be in Detroit. The closed off park with a new stage at the front and a classy bar in back was even decorated with cutesy strings of lights. It feels like a venue that belongs in Chicago. (And I swear I won’t continue to compare the two cities. I acknowledge how completely different they are from one another.)

9:20 p.m.: A couple of Bud Lights later, Simply Saucer takes the stage. About 50 people are standing in clusters around the stage, but we are sitting in chairs on the perimeter of the park. Naturally, this route is more comfortable, and perhaps my listening experience is enhanced as a result but I genuinely like this Ontario-based outfit. Apparently, they hadn’t played together for 10 years before tonight, as they were in active in the ’70s. They sound like a combination of The Stooges and U.K. prog rock and their animated drummer is having a lot of fun, which I can appreciate.

9:45 p.m.: Said drummer is practically on stage with the next band Sros Lords, doing a lot of intense air guitaring and head banging. Inexpensive beer paired with the lack of crowd and light sweater weather makes this band sound great.

10:30 p.m.: Oh, how I prefer climbing into a roomy Chrysler Pacifica and blasting mainstream rap to riding the CTA in order to get places. I can really get behind this, Detroit. New Center Park treated us well, and we’re off to Atlas for a Beekeepers show.

10:45 p.m.: Atlas is the quintessential neighborhood bar: intimate, cheap, dimly-lit and equipped with a stage. As the members of Beekeepers are people I know and have spent time with, I’m familiar with the fact that their music is eccentric—in a good way. It’s difficult to assign a genre to this seven-member group, but I’ll go ahead and say baroque pop, even though that seems awfully limiting. 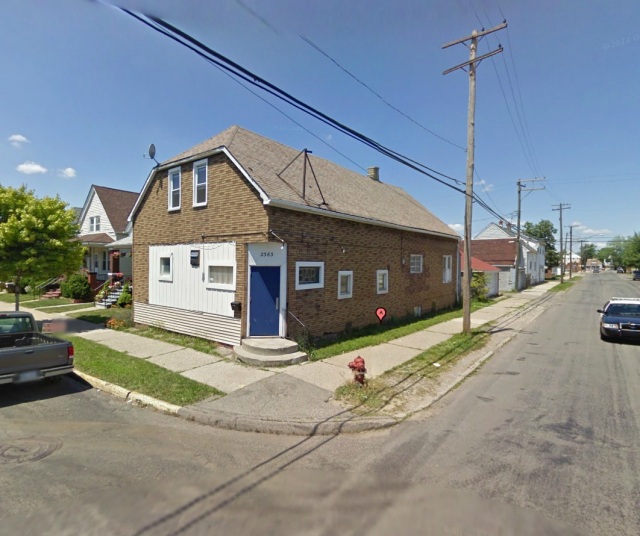 11:15 p.m.: Maybe I’m a sucker for self-referential tracks (i.e. The Unicorns’ “I Was Born (A Unicorn),” but I like the punchy “We Are The Beekeepers” the best. Even still, I’m fading fast. I retreat to a bench and sit, and try not to close my eyes for too long. I’m nodding off the way you would in class after getting no sleep the night before. I ditch my half-full beer, as it seems to be contributing to my sleepiness.

11:45 p.m.: Beekeepers end their set, and there’s a bit of post-show mingling. I’m eager to leave because I definitely reach my sleepiest point in Atlas. A dim bar, a few beers and the mere thought of our next stop, Temple Bar’s Haute 2 Death, was the cause.

12:15 a.m.: It’s drizzling by the time we get out of the car near Temple Bar, which isn’t any sort of deterrent. What’s really great about this place, though, is that I no longer feel tired as we get our IDs checked. Blaring ’80s electro pop and the amount of girls wearing vintage floral mini dresses huddled outside make this bar feel familiar, and therefore intriguing. I’m suddenly ready to dance.

12:20 a.m.: Pitchers are $6, and there’s a bunch of us standing at the end of the bar sipping, talking and waiting to make our move to the packed dance floor.

12:35 a.m.: It doesn’t take very long. In Detroit, you bring the pitcher on the dance floor with you and drink out of it as if it’s a glass, in case you didn’t know. Kreayshawn’s “Gucci Gucci” is awesome. Everyone’s sweaty almost immediately, and no one is not dancing.

12:55 a.m.: Britney Spears’ “Till the World Ends” comes on, and during the chorus everyone on the dance floor is jumping in unison. This is the highlight of my evening, and I know that makes me sound very cool.

1:15 a.m.: My bangs are dripping sweat and I’m not a good dancer by any means. Both are important to note in the same sentence. Thankfully, when I drink I feel like I am, and that’s all that’s important. I also witness some hilarious yet skilled grinding. Later, I found out that Temple Bar is actually a gay bar, and this moment made a lot more sense in retrospect.

2:00 a.m.: Temple Bar is closing, which is kind of a bummer, because this was my favorite stop. Everyone goes outside to smoke and chat, and there’s talk of an after party with DJing and dancing.  We, of course, agree to go.

2:30 a.m.: We ended up in Mexicantown at El Comal where Bill Spencer and Scott Zacharias are playing. It’s a huge Mexican restaurant with a makeshift dance floor and a lot of open tables. The first thing on my mind is food, though.

4:00 a.m.: After a couple of mediocre tacos and a questionable burrito with stewed beef, sleepiness really sets in. There are only maybe two of three people on the dance floor doing what looks like interpretive dance, and others are in booths having arm wrestling competitions and things of that nature. It’s time to go home.

Thanks, Detroit. I’ll be back soon.

The Woodward Spine was the brainchild of Michael Fossano and Jeffrey Buck, two Royal Oak, Mich. natives who met nearly 10 years ago while attending the now-defunct George A. Dondero High School. It seemed fitting for the two Wayne State University alums to craft an outlet to help continually refine their writing skills, while also serving as a trusted source of information for the metro Detroit community. The Woodward Spine aims to inform its readers about relevant news and events through creative and informative posts not only by Mike and Jeff, but other upstanding citizens as well who are driven and proficient in these core areas: news, opinion, entertainment, history, sports and development. The Woodward Spine serves the tri-county metro Detroit area, however concentrating mainly on the communities that lie along the Woodward corridor.
View all posts by The Woodward Spine →
This entry was posted in Detroit, Fashion, Music, Things To Do and tagged atlas bar, beekeepers, chrysler, detroit, dj, hamtramck, haute 2 death, mexicantown, Michigan, mina bloom, music, new center, temple bar. Bookmark the permalink.