Royal Oak’s Bastone Brewery dishes out Pasta and a Pint 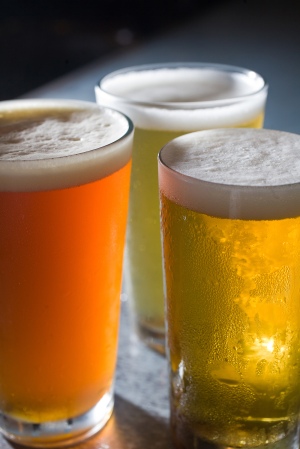 Bastone Brewery has added a new set of menu items for patrons to enjoy during the winter months. From now until February 23, the restaurant will feature several new comfort food entrees and craft brew selections for their new promotion, Pasta and a Pint.

Over the next month you’ll have the chance to experience the flavors of comfort food classics as only Bastone can create, and to top it all off, your first pint of beer will be free during the length of the promotion.

Seasonal beers that will span the next few months at Bastone include the current Pin-Up Blonde, which will be followed by a Blonde Doppelbock, a pale version of a standard Dopplebock – and a Farmhouse Cru, a Farmhouse style Grand Cru that is moderately hoppy, dry and full of Belgian yeast notes.

A milk-sugar blended Milk Stout and toasty caramel Brown Ale are tentatively slated to be added to the repertoire in late February or early March.

The Pasta and a Pint menu will be available 4 p.m. to close Sunday-Thursday. For more information or to schedule a reservation, call (248) 544-6250.