Take home a taste of Buddy’s 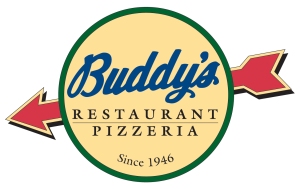 Buddy’s Pizza has become synonymous with Detroit since it was established in 1946. Sure it’s home to the city’s original square pizza, but another original menu item has garnered quite a following – Buddy’s original homestyle vinaigrette dressing.

“Our vinaigrette is nearly as famous as Buddy’s Pizza,” said Wes Pikula, vice president of operations at Buddy’s Pizza. “It’s made from a fresh, original recipe that has always been part of our Buddy’s flavor. Any of our salads can be tossed in our house-made dressing, but it also makes the perfect marinade for meat and poultry.”

The dressing, which dates back to 1946, comes from a traditional Sicilian recipe and is made from only the freshest vegetables and herbs, containing no preservatives. The flavorful blend is made from scratch and aged two months before it is used to top Buddy’s salads.

Fortunately for Buddy’s customers, the homestyle vinaigrette dressing is available for purchase at the original 6 Mile and Conant location in Detroit, as well as a host of other outlets throughout metro Detroit.

Since the start of the year, Buddy’s Pizza has offered the dressing for sale online at shop.buddyspizza.com.

The Somerset Collection’s Detroit Shoppe in Troy carries the dressing, and as of this month, all Westborn Market locations (Berkley, Dearborn and Livonia) also sell the made-in-Michigan dressing. Prices may vary slightly by location.

“Much like our half-baked pizzas, which customers are free to order and personalize at home by adding any ingredients, our dressing makes a great base flavor for those who want to experiment with additional flavors,” said Pikula.

There are nine Buddy’s Pizza locations throughout metro Detroit. Some of the accolades that the company has received include being recognized as one of the Nation’s Five Best Pizza Places by the Food Network; dubbed the Hottest Independent Pizzeria in the Nation by Pizza Today; One of the best 25 Pizzas in America by GQ and One of the 25 best pizza spots in the US by Food & Wine Magazine.

This entry was posted in Detroit, Food and tagged buddy's pi, detroit, Detroit cuisine, Food, made in michigan, Michigan, pizza. Bookmark the permalink.