Shakeup at Bastone in Royal Oak

Bastone has always been known for their craft beer but they will be taking it to new heights this spring as they revamp their cluster of restaurants. Two city favorites, Commune Lounge and Café Habana will be closing their doors to make way for new comers Monk, a Belgian Beer Abbey, and Craft. Bastone Brewery will also be expanding to two levels.

Monk will occupy the space formerly home to Café Habana for the past nine years. But don’t be to sad though as Union Brewery, LLC, the owners who have invested $300,000 to make the new spaces possible, have future plans for a new, bigger space elsewhere in Royal Oak for Café Habana.

“It wasn’t without hesitation that we closed Café Habana,” said David Ritchie, operating partner, Union Brewery, LLC. “Café Habana has always had very solid sales, but we decided to move forward with our plan to strengthen the Belgian theme that Bastone Brewery was built on.”

An expanded kitchen, new doorways, a new sit-down counter and flat screen TV’s will revamp the new space for Monk. The layout will feel similar but will feature new banquettes and tables flanked with lantern style lighting and wood reaching 10 feet high along its walls. Patrons will notice the largest change come nicer weather as Monk will feature a new outdoor patio along Fifth Street with 36 new seats.

The dinner only establishment will open at 4 p.m. daily. The beer list will include Bastone’s craft beers along with an extensive selection of bottled Belgian beer and french wines. The menu will focus on chef-created burgers, mussels, frites, and waffle sandwiches. 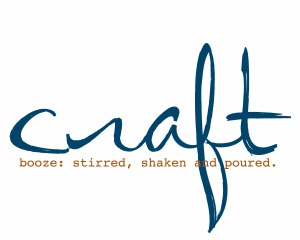 The lower level of the building, formerly Commune Lounge, will be a step back in time as it captures the look and feel of the 1970s. The new concept, Craft, will create a space with inspiration from vintage record players, bicycles, Edison bulbs, wood panels and will feature a wall of old speakers behind the bar. A new stage will offer live music on Wednesday and Thursdays. Both Friday and Saturday nights will continue to welcome a DJ.

“We want it to embody the craft of musicians as well as the craft of beer, spirits and unique cocktails,” said David Ritchie.

Bastone beer will still flow from the taps along with an array of other craft beer cocktails, craft spirits and absinthe.

The expansion of Bastone will see six tables added to the main floor and a second level that will overlook the bar and have a capacity of 20. Vinoteeca Wine Bar will not see any changes except to its menu which will be new sometime this year.

I'm currently a Project Manager at Cypress Partners, LLC in Bloomfield Hills, Mich. I graduated from Wayne State University in 2008 with a B.A. in Journalism. Looking to broaden my view of the world, I spent a semester abroad studying at the University of Salford, a Greater Manchester University in England. I enjoy doing an array of activities, including following Detroit sports teams, SCUBA diving, traveling, reading, playing tennis, hand-written letters and going to the movies. I am the co-founder of the Woodward Spine, a blog about Detroit and its surrounding communities. The Woodward Spine aims to inform its readers about relevant news and events through creative and informative posts in these core areas: news, opinion, entertainment, history, sports and development. The Woodward Spine serves the tri-county metro Detroit area, concentrating mainly on the communities that lie along the Woodward corridor.
View all posts by Jeffrey S. Buck →
This entry was posted in Detroit, Food, Music, Things To Do, Wine and tagged bastone, beer, brewery, dinner, downtown, drinks, Food, fun, lunch, Michigan, new, Royal Oak, spirits. Bookmark the permalink.