The Woodward Spine attended the first-ever Social media Night at the Palace of Auburn Hills. Mike and Jeff “live blogged” from the suite with live game updates, the Pistons lost to the Charlotte Bobcats 97-87, interviews with players and pictures on Wednesday, February 2, 2011. This is an archived copy of their live coverage:

7:34 Jeff: Mike and I have made it into the game. We’re getting acquainted with the suite and what capabilities we will have to update the site. Here is a few pictures from the player introductions. Going to try and post some of the Jonas interview before halftime. 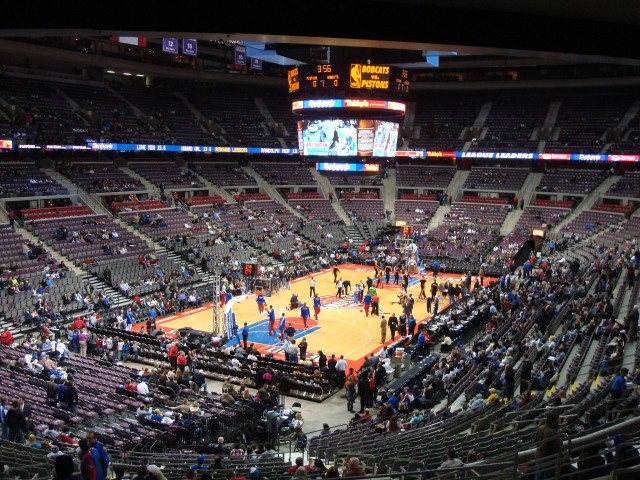 8:27 Mike: As a part of the team’s “Way Back Wednesdays” retro promotion, tonight’s game features a medley of Beatles hits during timeouts and $1 hot dogs.

8:40 Jeff: Here is Part 2 of 3…Our own Mike Fossano asked Jonas some questions including one submitted from a loyal reader of the Spine…

9:22 Mike: Charlotte leads 68-65 after the 3rd quarter. Pistons shooting a bit better; fans have broken out into several “We Want Rip!” chants. 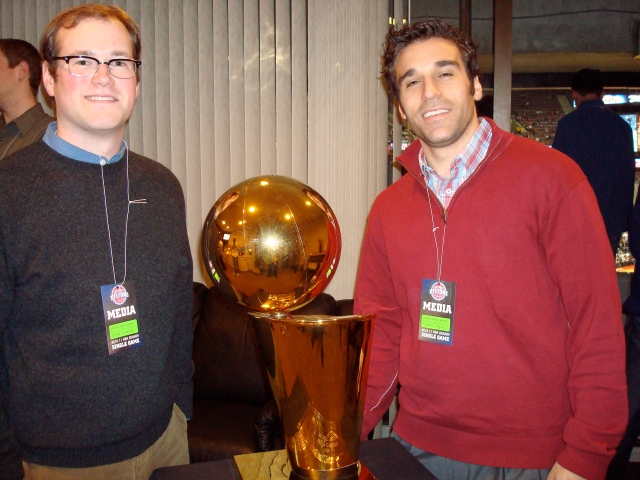 9:28 Mike: This game is quickly getting out of hand, as Charlotte has extended their lead to 78-65 with 9:51 remaining in the 4th. Pistons are resorting to hairpin treys and minimal effort on the defensive end.

9:36 Jeff: Fans have started to collect their jackets and other belongings as they begin the journey up or down the stairs and out of the arena…”RIP” chants can still be heard from some of the fans who have decided to stay.

11:59 Jeff: Here is the Charlie V interview…I apologize in advance for the shakiness of the footage and faint audio…